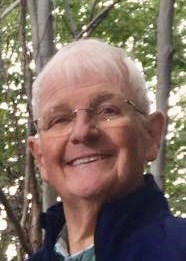 Robert B. Towsey, Ph.D., died peacefully on June 19, 2022 surrounded by his wife of 55 years and his three adoring daughters. He was born on July 5, 1944, to the late Robert L. Towsey and Mary Emma (Freed) Towsey. In addition to his parents, he was preceded in death by his older brother David L. Towsey. Robert was dedicated to his career in the field of education. He earned five degrees: Bachelor of Arts and Bachelor of Science Degree in Business Education from Geneva College; Masters of Education Degree in Comprehensive Social Science from Slippery Rock University; Secondary Education Degree in Educational Administration and Social Services Certification from Duquesne University; and a Doctor of Philosophy Degree in Educational Administration from the University of Pittsburgh. For Seneca Valley School District in Harmony, PA, he served as an elementary teacher from 1966-1970; secondary teacher at the junior high school from 1970-1974; Home and School Visitor from 1974-1979; Assistant Athletic Director from 1977-1980; Assistant Principal at the junior high school 1979-1980; Director of Adult Education 1975-1980. From 1980-1987, Robert served as Principal of North East High School in North East, PA. He also served as Chairperson on the Board of Directors for the Regional Adult Skill Center at Erie County Technical School. From 1987-1988, Robert was the Assistant Superintendent of Fairview School District and was the Superintendent of Record for Erie County Technical School from 1994-1996. For thirteen years, Dr. Towsey was the Superintendent of Schools for North East School District, 1988-2001. Following retirement, he became an Academic Dean (2001-2004) at Mercyhurst College in North East. After that, he was Interim Superintendent for Millcreek Township School District (2004-2005). Finally, he served as Interim Superintendent for Warren County School District (2006-2007). In addition to his passion for education, Rob also enjoyed surrounding himself with nature (fishing, hunting, walking, boating, gardening, landscaping, and site-seeing). He also appreciated world history, fine arts, socializing, hosting and entertaining, traveling, fine-dining, and golfing. Most of all, Rob enjoyed spending time with his family. This incredible man will forever remain in the hearts of his loving and devoted wife, Kathe (Schlotter) Towsey and daughters/son-in-laws Dawn and husband Daniel; Lorie and husband Michael; Karen and husband Robert; nine grandchildren: Bradley, Tyler, and Taylor Nowakowski; Kyle and Owen M.; and Alexandria, Ethan, Alaina, and Mariah Rodemoyer. No calling hours or funeral service are planned at this time. You may visit https://obituaries.nationalcremation.com/obituaries/oviedo-fl/robert-towsey-10799285 to add a memory of him and to connect with his loved-ones
See more See Less

In Memory Of Robert Towsey