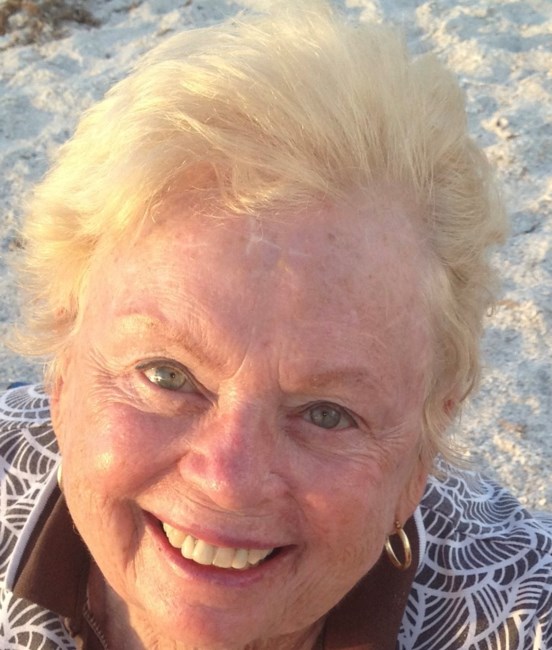 Fond memories and expressions of sympathy may be shared at www.cremationofpennsylvania.com/location/pittsburgh-pa for the George family. Janet Heinze George, age 87, of Sewickley, PA, formerly of Bonita Springs, FL, and Richmond VA, passed away peacefully in Sewickley, PA on Monday August 29, 2022, with her family by her bedside. Jan was born in Chicago, IL on December 30, 1934, to the late Mary Quill Heinze and George Heinze. She is also predeceased by her husband of 65 years, J. Richard George, and her brother James Heinze. Jan was the loving mother of two children, who along with their families, will deeply miss her. She is survived by her son Larry of Amelia, VA, and daughter Jill (Richard) Webb of Sewickley, PA. Jan was the proud and loving grandmother of Mick (Miranda) George, Cari (Josh) Sharp, Christopher (Taylor) George, Alexander George, Nicholas (Alexandra) George, Grant Webb, Maren Webb and Grace Webb and great-grandmother of Dakota George, Karli George, Arminta George and Zander Sharp. At age 6, Jan contracted polio and her parents were told that she wouldn’t walk again. Years of orthopedic surgeries and physical therapy led to her overcoming the physical limitations polio presented. Water based physical therapy led Jan to eventually becoming a swimming instructor and lifeguard. She was proud to become a good ballroom dancer and cheerleader in high school and note that she could do just about everything except wearing high heels. Jan was a graduating member of Lyons Township High School Class of 1953 in La Grange IL. Jan and Dick were married on June 15, 1955, in Chicago, IL. They were married for 65 years before Dick’s death in 2020. They met at the University of Colorado, where Jan was a member of the Chi Omega sorority and Dick, a Theta Xi, was in his final year of completing a full scholarship studying chemical engineering. Upon Dick’s graduation, he accepted a job with DuPont as a research and development engineer and together they began a life which took them to DuPont facilities across the country. Jan’s love of swimming led to her becoming a volunteer swim instructor in each city where they lived. That began fifty-three years of volunteer service with the American Red Cross. After traversing the country, Jan, and Dick settled in Richmond VA, where their children Larry and Jill were raised. Jan completed her education, receiving both a BS and MS from Virginia Commonwealth University and began a career as an educator, first teaching Kindergarten at Falling Creek Elementary School in Richmond. Jan eventually rose to become a program specialist and head of kindergarten curriculum for the Chesterfield County of Virginia School District. In the 1970’s, Jan and Dick purchased a vacation home in Sandbridge, VA and together with their children developed years of fond memories of summers spent at the beach and fishing on the Chesapeake Bay. In 1993, Jan and Dick retired to Bonita Springs, FL. Jan immediately joined the American Red Cross of Lee County, ultimately serving on the Board of Directors, as the Director of Emergency Services, Disaster Services Chairman, and lead in the Client Services Group. In 2014 she was honored as the American Red Cross volunteer of the year for the state of Florida. As a manager of the National Response Team, Jan responded to more than 35 disasters across the United States, including spending five weeks delivering emergency support services at Ground Zero in New York City in the immediate aftermath of the 9/11 terrorist attacks on the World Trade Center towers. Jan and Dick were long-time members of Saint John the Evangelist Catholic Church in Naples, FL. Jan was an avid golfer and a member of the Meadowbrook Country Club, Richmond VA and the Spanish Wells Golf and Country Club in Bonita Springs, FL. She capped her golfing career by recording a hole in one at Spanish Wells in 2017, at the age of 82. Since moving to Sewickley two years ago, Jan reveled in the joys of following her grandchildren’s school and extracurricular activities, as well as chauffeuring them to their sports, music, and artistic events. Despite the scheduling limitations caused by Covid-19, Jan was very active during her time in Sewickley. She joined the Woman’s Club of Sewickley and the Sewickley Music Club. She was a member of Divine Redeemer parish and attended mass at St. James Church. Jan was ranked as a junior master contract bridge player and enjoyed playing with new friends at the Edgeworth Club and Allegheny Country Club. Jan led a full and vibrant life, guided by the principles of faith and service and her greatest gift to her children, grandchildren, and great-grandchildren in doing so, is the example of her life. Interment will be at Saint John the Evangelist Catholic Church Memorial Gardens, Naples, FL. Memorials services will be private. Arrangements were made by the Cremation Society of Pennsylvania, Inc. In lieu of flowers, memorial contributions may be made to the Janet Heinze George Memorial Fund, https://americanredcross.donordrive.com/campaign/Janet-Heinze-George-Memorial-Fund. The fund will provide support for the American Red Cross Florida Gulf Coast to Heartland Chapter.
See more See Less

In Memory Of Janet Heinze George