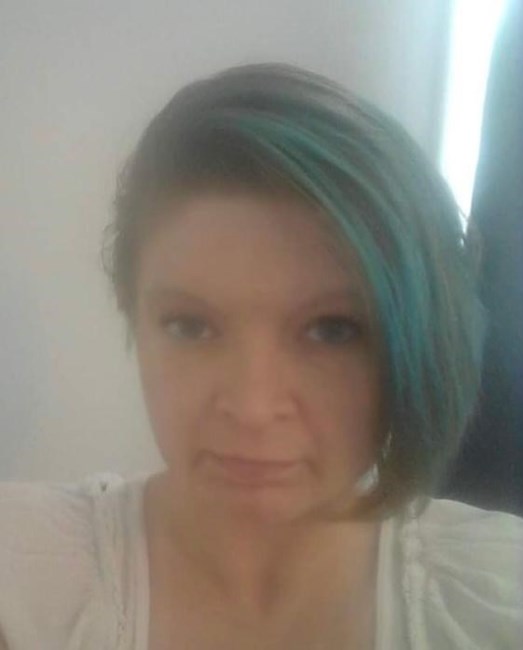 Jacquelyn M. Tuttle, 48 of Harrisburg, Pa. entered into eternal rest January 11, 2022, surrounded by her family. She was born on September 4, 1973 in Middletown, Ct. to parents William K. Carlson and Katherine Attick She was a graduate of the Morgan High School class of 1992, in Clinton, Ct. and lovingly nicknamed “shorty”. At the time of her death, she was employed at the Swatara Twp. Home Depot in Harrisburg, Pa. She was beloved by her coworkers along with regular customers who often heard Jackie long before they gained sight of her. She is predeceased by her Grandparents - John (Bucky) and Martha Attick (Pa); E. Kenneth. and Olga Carlson (Ct.) and Step-Grandparents Dwight L. and Cecilia Phillips (Ct.) along with uncles, Robert F. Attick (Pa); Bruce Abbott (N.Y.); step-aunt, Nancy Ryley; cousins Danny and Scott Awker; Denise LaPanne (Ct.) Jackie will always be remembered by the size of her heart, her loyalty, sarcasm, strength and gift of gab. As a toddler, she was affectionately nicknamed “jabber jaws, chatterbox and motor mouth” and those attributes only grew with her. She was quick with a joke and had a way with words. Jackie was a devoted friend to many. She always found the positive in any situation and nothing could get her down for long. She fought for life from her first breath. That strength served her well in life and it continued until her last breath. Jackie’s family is heartbroken and survived by, her father, William K. Carlson of New London, Ct.; mother, Katherine (Attick) Phillips; step-father, Dwight L. Phillips Jr.; son William D. Tuttle, all of Harrisburg, Pa.; step-children Christina Bottomley and Chris Tuttle of Ct.; step-sister, Stephanie Oliver (Jason) , of Scotland, Ct.; brother Dwight L. Phillips III (Christine) and Leslie Stephen (Dallas) of Harrisburg, Pa.; nieces and nephews, Paige, Darnell, (Ct); Nicholas, Dwight, Madison and Samuel (Pa).; aunts/uncles; Patrick Attick (Stacey) (Pa); Janice Carlson, Karen Burgess (Charlie), (Ct.), Jeanette Abbott (N.Y.); step-aunts/uncles; Kathy OB’day; Mary LaPanne; Barbara Gillingham (Joel); William Ryley (Ct.); countless cousins, who were her first friends and 48 years worth of classmates, co-workers, supporters and best buds. In lieu of flowers, Jackie would have wanted everyone to consider a donation to the Vietnam Veterans Memorial Fund, 1235 S. Clark Street. Ste.910, Arlington, Va 22202. There will be multiple state celebrations of her life which will be announced at a later date by the family.
See more See Less

In Memory Of Jacquelyn Michelle TUTTLE