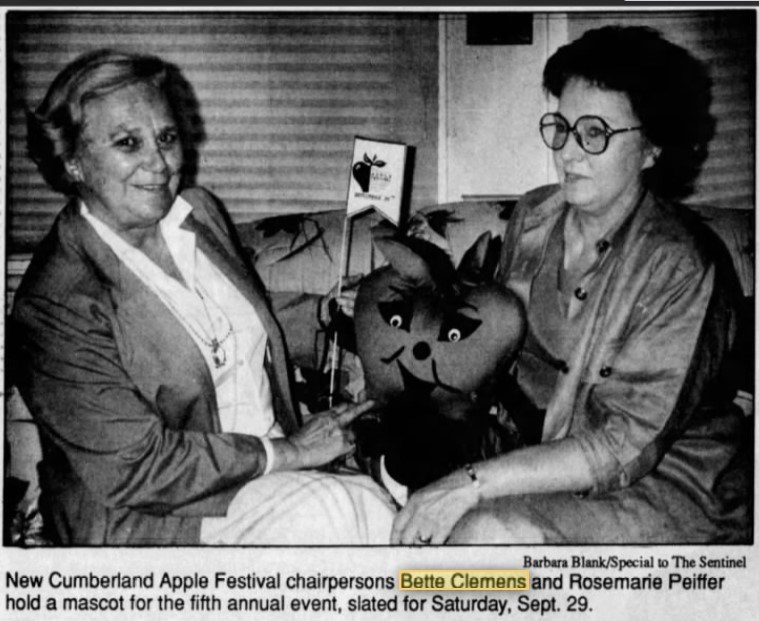 Bette Jane (Gise) Clemens, a champion of consumer affairs, passed away on Sunday, November 21, 2021, at Ecumenical Retirement Home in Harrisburg. She was born on December 14, 1923, the daughter of the late Charles W. Gise of York and Pearl Mae (Daneker) Losh of New Cumberland. In addition to her parents, she was preceded in death by a brother, William Gise. She is survived by nephew William Gise, Jr. of Florida, niece Sally Ryan (and husband Bill) of Oklahoma, an Uncle Jake Daneker (wife Dot); cousins: Darlene Wiley, Christina Thompson, Idora Eisenhart, Flora and Susan Leidig, and John (wife Diane) Neeter; and close friends Debbie Clark, Jim and Joyce Endsley, and Harry and JoAnn Rodriguez who cared for Bette during her final years. In 1942, Bette graduated from William Penn High School in Harrisburg and was a member of Sigma Chi Sigma. After high school she was employed by the Pennsylvania Railroad in the stationmaster’s office. She married Lt. Eugene C. Clemens in Wichita, Kansas in 1943. The couple lived at multiple military posts in the United States and abroad. While stationed in Teheran, Iran in the 1950s, Bette was the protocol secretary for General Seitz. Her outgoing personality caught the attention of the Shah of Iran, who gifted her a beautiful black stallion. Having no way to travel home with the horse, she gifted it back to the Shah (because to refuse a gift was considered an insult) before returning to America. While stationed in Tucson, Arizona, Bette worked for Howard Hughes at Hughes Aircraft Company. In 1963, Bette, who was then divorced, began her public service career as the supervisor of the stenographer pool in the Pennsylvania state capitol building. In a six-year span, she worked for the House of Representatives in the offices of the Majority Leader and Speaker of the House, as well as in the offices of Governors William Scranton and Ray Shafer. In 1964, Bette traveled with Governor Scranton to the Republican National Convention in San Francisco. Bette was also a staff committee member for Pennsylvania’s constitutional convention of 1967-1968. In August 1969, Governor Shafer appointed Bette to the position of state director of the Bureau of Consumer Protection. She excelled as a champion for the consumer and just two years later was appointed as the national director of consumer affairs for the Council of Better Business Bureaus in Washington, D.C. Known as the “fraud buster,” Bette believed the best way to protect consumers was through education so that they were well-equipped to avoid fraud, protect their finances, and could fight their own consumer battles. She provided consumer education by traveling to speak in all states, authoring a newsletter entitled “Be a Better Buyer,” and helping others to develop something she called ESP – “Extra Shopping Perception.” Bette’s no-nonsense approach made national headlines for several years. She believed that, when done sensibly, complaining is a public service. It not only draws the business’s attention to a problem they need to remedy, but it also warns other consumers. She also warned against the trend towards becoming a throw-away society. By 1978, Bette began her own consulting firm specializing as a consumer advisor and advocate. She continued to make national headlines and appeared on national television shows as an expert on consumer and business relations. In 1990, she became the state chairman of the national “New Start” consumer organization that was formed to work on solutions to automobile insurance issues. After retiring from public service, Bette turned her attention to her antique shop in New Cumberland while also continuing her work for the public in a volunteer capacity. She served on various boards and committees including Cumberland County Aging Advisory Board, Consumer Affairs Associates, TMT Capital Corp., Harrisburg Area Riverboat Society, City Island Flower & Craft Festival, New Cumberland Apple Festival, New Cumberland Council of Republican Women, and Pennsylvania Federation of Republican Women. Funeral arrangements are being handled by the Cremation Society of Pennsylvania and interment will be in Rolling Green Cemetery in Camp Hill. A memorial service will be held in the Spring of 2022.

In Memory Of Bette J. Clemens