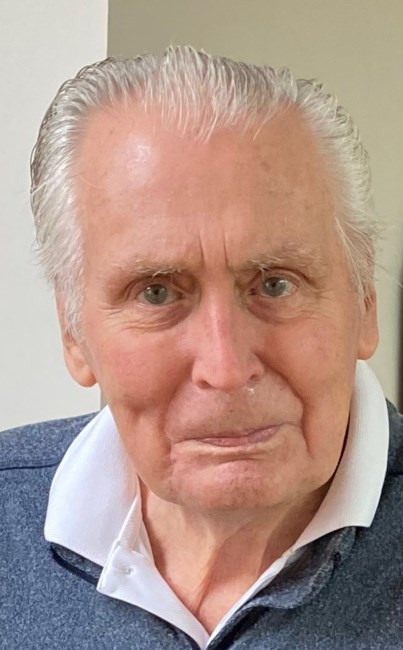 Walter Milbourne, known as Walt, died in Wayne, PA on Monday, November 28, 2022 at the age of 89. Born in Abingdon, VA, Walt loved to tell stories of his childhood summers with his grandfather, a Virginia judge, and upbringing in Lansdowne, PA, Los Angeles, CA, and Toledo, OH. His beloved parents, Charles Gordon and Florie Robertson Milbourne, remained in Lansdowne throughout his adult life. A life-long movie buff, Walt recounted with joy his sightings of movie stars during his year in California but he returned to the east coast when he was recruited from DeVilbiss high school in Toledo by Princeton University. Additional accomplishments from his youth included a national top twenty placement in chess, a game which remained a life-long love, and placing nationally in ping pong. His years at Princeton (class of 1955), where he was seeded number one on the tennis team and wrote his senior thesis on the roots of British conservatism, remained among his most cherished memories. Walt graduated from Harvard Law School (class of 58) after Princeton, before embarking on an illustrious 40+ year law career. After six months at Fort Leonardwood as part of his 4 year service in the Army National Guard, he began his practice in Philadelphia, first at Pepper, Hamilton and Sheetz before joining Obermeyer, Rebman, Maxwell and Hippel. He was subsequently a partner at Saul, Ewing, Remick and Saul and active in Alternative Dispute Resolution (ADR). Walt was a nationally recognized as an insurance and reinsurance defense litigator and a fellow of the American College of Trial Lawyers. He was the longest serving member of the board of directors for the Pennsylvania Lumbermans Mutual Insurance Company and an executive committee member of the International Association of Defense Counsel (IADC). His life in the law was shared by life in another court—that of tennis. He was a lifelong enthusiast from the age of 8 to 80. His trophy shelf bulged and some of his fondest memories were retiring the Eagles Mere tournament cup and ranking 8th in the middle states. Perhaps his only love to rival that of tennis, however, was his family. He was a devoted son, nephew, husband and father. He is survived by his wife of 57 years, Sue, four children (Gregory and wife Mary Susan, Karen and husband James Southworth, Rob Milbourne and wife Claudia, and Margaret (Maiga) and husband Kevin Price) and ten grandchildren (Cael, Aidan, Benjamin, Maggie, Eliza, Noah, Theo, Gabriel, Twyla, and Wes; his grandson, Truslow, passed away on July 18, 2022). The family asks that donations are made to the Dementia Society of America (https://www.dementiasociety.org) or Legacy Tennis & Education (https://legacyyte.org) in lieu of flowers. A celebration of life is being planned for December 22. Please contact family for more information.
See more See Less

In Memory Of Walter R. Milbourne